Success Story: Getting a Loan After Bankruptcy

If you believe that a financial crisis is the end of any hope for having a positive future, then think again. There are endless ways people can get into financial difficulty: An injury on the job that creates stacks of medical bills. A layoff or downsizing in a sluggish economy. Not understanding how to handle credit responsibly. Sometimes even more serious incidents – the loss of a partner or spouse – can send someone into financial ruin.

When faced with those kinds challenges, it’s easy to lose sight of your financial responsibilities because you’re so completely overwhelmed by life.

However, as with any personal problems, life does go on. And it’s even possible to have a successful financial future. How? Well, you may need a little help from a lender, but yes, you can get a loan after filing a bankruptcy.

A bankruptcy will appear on your credit report and often that will be a red flag to a bank or traditional lender. But let’s look at it this way: You faced – and survived – unique circumstances, so you can use that determination to be a little more creative in your quest to find a lender that will work with you.

There are many different kinds of “bad credit loans.” The term is really just a broad explanation or categorization of any kind of loan that will approve a borrower with less than perfect credit. 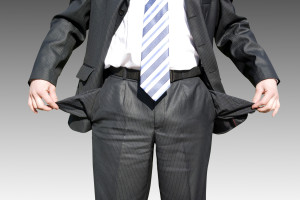 There are actually quite a few options for getting a loan after a bankruptcy:

Pawnshops are storefront businesses that offer short-term loans to clients that bring in items for collateral. Let’s say you have a pair of diamond earrings, but what you really need is some actual cash to pay your rent. You can take the earrings to the pawnbroker and ask for a loan.

The shop owner will estimate the value of your earrings and offer to lend you a percentage of that value. You will pay a finance charge and service fee, but you will have the money you need.

Payday Loans are also short-term loans and, like pawnshops, specialize in lower loan amounts, usually no more than $500.

If you collect a steady paycheck, but run a little short, then this may be an option for you.

In exchange for the loan, you either write the lender a post-dated check or authorize them to withdraw the funds directly from your bank account. A payday loan is an option if you know you can easily repay the amount by the next payday or two. 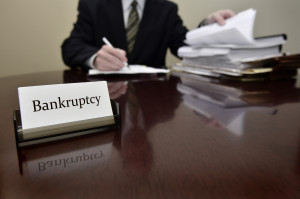 While payday loans may not have the most customer-friendly terms – read all the fine print – it is an opportunity to get a loan after bankruptcy and learn how to more properly manage debt.

Auto title loans use the equity in your paid-in-full car in exchange for a check. The value of your vehicle is determined by the year, make, model and condition it is in.

The title loan lender will offer you a dollar amount and it’s up to you whether you want or need all of the money or only a portion. You decide on the terms of repayment, bring your car in for a brief evaluation, and continue to use your car while you repay the loan you got after your bankruptcy.

When you opt for an installment loan, you borrow the money once – in one lump sum – and repay for the length of time agreed upon. Getting an installment loan after bankruptcy is often beneficial because the monthly payment stays the same and can easily be figured into your household budget.

Many installment loans do not require collateral and this is a feature that appeals to many borrowers.

So You Think You Know the Face of Bankruptcy?

Bankruptcy is the procedure a person pursues when they are no longer able to meet their financial obligations. The stigma of bankruptcy also comes with a predisposed image or profile of the person struggling financially: They’re poor, they’re irresponsible, they’re lazy.

However, the economic slowdown of 2007 has unfortunately given us a “new face” of bankruptcy. And if you read some figures from 2010, the news is even worse – bankruptcy filers look a lot like you and me:

So, in an effort to get accurate information out there, here are a few actual facts:

By doing research about your bankruptcy options, the laws of your particular state, and speaking with a credit counselor, you can recover from a financial hardship and still have a bright future.

And to that end, we have two success stories about people who got loans after bankruptcy.

A Driving Success Toward a New Business Opportunity

Sadie is a life-long animal lover. If it crawled, flew, swam, barked, or meowed, she loved it and often tried to bring it home. So it surprised no one that Sadie grew up to be a professional dog walker.

Day in and day out friends and neighbors saw Sadie stroll easily down the street walking four or five dogs at a time. Big dogs with harnesses or small dogs on leashes, it didn’t matter, she loved them and they loved and obeyed her.

However, two years ago as Sadie was walking with her brood, her perfect job turned into a perfect nightmare: It was winter – record colds and snow. She should have canceled her clients or made other arrangements but, she didn’t want to let them down.

While walking on one of her routes she slipped on the ice. The impact was hard, she’d find out later she had shattered her left wrist. Getting caught up in the leashes pulled her shoulder muscle.

The dogs were spooked and confused. They somehow managed to untangle themselves and a few took off running.

The medical bills added up. There were insurance issues, some of her clients wanted to file lawsuits. Sadie moved back in with her parents.

Filing for bankruptcy made her feel like a failure. She was still recovering from the accident and going to physical therapy. She could still walk a few dogs each day, but her income was drastically reduced. Sadie wasn’t sure if she’d ever be able to do her old job the way she once had.

Sadie had the brilliant idea to revamp her animal care business from walking to house sitting. But she’d need some extra money to launch this pursuit. So, Sadie applied for a car title loan.

Sadie’s car title loan put a few thousand dollars – that she desperately needed – into her bank account. It gave her enough money to do a bit of advertising and move out of her parents’ home. With her own place, Sadie could even do doggy day care in her own apartment.

She didn’t have the embarrassment of having her credit checked and even though her income had dropped, her car was in good shape and that’s what mattered to the lender.

Sadie even learned that she could make much more money by providing over night care to her favorite pups and not have to worry so much about the ice and snow for the winters to come.

Her car title loan helped her expand her dog care business, pay off her medical bills, and earn more money. Sadie got more than a loan after her bankruptcy, she got a new life.

Financial Stability: One Step at a Time

Gary had graduated college three years ago and was ready to make his mark in the workforce. He worked full-time at an advertising agency and went to graduate school at night. He was still paying off his student loan from his old college, but remembered hearing some financial expert talk about how investing in yourself was always a wise move. So, he started to dip into his savings to pay for his masters degree.

Every morning as he rode the bus downtown Gary would read his marketing textbooks, go over lecture notes, or do research on his tablet. He was always a hard worker, but these efforts surprised even him.

An even bigger surprise was to go into work one morning to find that he’d been let go due to budget cuts. The shock he felt that day lingered for months, but he still kept at school.

His focus would have been admirable if it hadn’t also caused him to lose track of his finances. His bills were piling up and he often paid them late, racking up additional fees because of this. His severance pay was completely gone and he’d even started using the little bit of money in his 401k to pay bills.

The money got tighter and tighter – he moved out of his apartment and in with a couple of friends. It would help save him some money, but not from having to file bankruptcy.

Gary’s friends were more than happy to help him through this tough time, but he knew he couldn’t take advantage of their generosity forever.

He finished up his current classes and took a leave from school. He was determined to get any kind of job he could to get back on his feet.

Gary found work at a home improvement store. It was close enough so that he could ride his bike in nice weather or take the bus when weather was bad. He was making just over minimum wage – a far cry from his salary at the ad agency – but something was better than nothing.

After a few months at his new job Gary knew he needed to strike back on his own. His boss admired his dedication and even gave him a promotion. Gary felt like he had some actual job security.

Gary decided to take out an installment loan to help him move out to a new place with one of his friends. He wasn’t sure he had any option for getting a loan at all. However, he was approved for an installment loan even after his bankruptcy and it set him on a fresh path.

Gary’s installment loan provided him with just enough of a financial edge to move into a new apartment and even meet some new goals:

His friends were happy that Gary had overcome this financial hurdle. Though most still couldn’t believe that something like bankruptcy could happen to a person like him. Gary credits the fact that he was able to get a loan after bankruptcy for giving him a second chance.

Learning the Lessons and Moving Forward

Both Sadie and Gary recovered from bankruptcy and even thrived – both personally and professionally. The type of loan each chose was a perfect fit for their circumstances.

Sadie had a car that was already paid for that she could use as collateral to give her a financial boost. She didn’t even need to give up her car, which was a good thing – she needed it to pick up her daycare clients.

Gary didn’t have any collateral to parlay into some borrowing options, but found he could still get a loan after bankruptcy with an unsecured installment loan.

The monthly payments were manageable and he found new motivation in being more cost conscious than he was before.

Not everyone is as lucky as Sadie and Gary were. They had to learn the hard way, on how to focus more on saving money and manage their personal finances.

Everyone can use a few tips financial tips, or at least gentle reminders on how to responsibly handle debt:

Even hard working people can face financial hardships. Regardless of the reason you had to file bankruptcy, it’s important to keep in mind that this is a challenge you can overcome. You can reestablish credit. You can improve your credit score. And you can even get a loan after bankruptcy.