Where do they make it, though? What is it about 144-character mini-blog posts — often featuring inane social commentary or silly jokes — that earns Twitter so much money?

Today, we are going to answer the question, “How does Twitter make money?” There are a couple of major ways, and each has several subcategories that we’ll go into further as we continue.

Twitter is in its ninth year of existence, and it has definitely proven itself a money-maker with potential to edge out its main rival, Facebook, as well as its lesser underlings such as Instagram. Twitter’s main strength regarding its posts is that it is concise and efficient, something that its largely millennial userbase appreciates greatly.

That constantly-growing userbase is what makes Twitter so important and valuable. Let’s see why.

When we wonder how Twitter makes money, it’s easy to get confused at first. After all, their services to the general public are free, and while they may have important tech-development side projects constantly in the works, those don’t account for very much of their income. 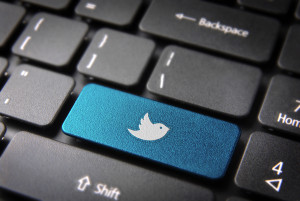 In reality, the vast majority of Twitter’s income stems from its unique ability as an advertising platform to convince consumers that they actually want to be advertised to, and then to provide them the ad content they were looking for in a natural, normal, interesting and concise manner.

Most of Twitter’s annual revenue — 80-85% — comes from native advertising.

What is Native Advertising?

You’ve probably seen plenty of native advertising in your life, even if you don’t know exactly what it is. For example, instead of an annoying break in the middle of your television show, a native ad might actually be product placement or a plug featured in the show itself.

In Jurassic World, dozens of brands from Coca Cola to Mercedes-Benz were prominently featured in the film, and they fit in naturally rather than being awkwardly shunted into the middle of a program or featured in the ads before it. While people obviously noticed the not-so-surreptitious product placement (and the film itself actually mocked the intensely concentrated cluster of native ads in the movie’s first portion), it was far less interruptive and annoying than actual ads placed at key cutoff points in television programming.

That’s a powerful way to keep advertising interesting: make the ads into actual readable, watchable, shareable, enjoyable content that viewers will want to share with their friends. That’s the tactic behind Twitter’s massive net worth.

Because Twitter is a social media network, its whole goal is to connect people together. That means that whoever follows you gets connected to whatever you post. For advertisers, that means that if the content they post is compelling enough to read or watch, they can actually get ordinary people to publicize their ads for them.

Twitter knows how appealing this kind of direct, tangible, organic interaction is to the marketers and advertisers that own all the major brand Twitter pages. For that reason, they usually charge according to the amount of interaction the shared content generates. They charge for three primary means of promotion:

Promoting a trend causes it to appear on Twitter’s homepage, where regular users will see that it is currently trending. Unfortunately, this can sometimes look fairly artificial, especially if a promoted trend is not really something that would naturally be trending at any given time.

Promoted accounts are more stable and potentially much longer-lasting than promoted trends, and can generate a large, faithful group of followers to a brand’s page, from which the company running the page can launch any set of promotions, coupons, sales, or simple messages and entertaining advertisements that the company’s social media interns feel their audience will appreciate.

Promoted accounts can actually become part of the social media culture, with certain brands providing high levels of sarcasm and humor that other companies might avoid. Since Twitter’s largest base of users is relatively young, these kind of accounts tend to generate the largest following. That means that while they probably pay the most per promoted tweet, they can certainly be worth the time and energy invested in them.

The reason this kind of advertising is so successful, and therefore the reason Twitter makes so much money off of it, is because native advertising on Twitter is shareable with one click: the retweet button. If a company has a particularly good contribution to an already-existing trend, they can get large amounts of publicity for relatively nothing, once their page already has a decent base of followers.

Native advertising is also effective due to how easily it adapts to mobile platforms, like your smartphone. With such limited screen space, banner ads and any static ads on a web page tend to not be included in the mobile version, and while some apps substitute invasive, disruptive pop-ups in place of the banners, Twitter doesn’t need it. Its ads are already naturally included in the posts on your page.

How does Twitter make money, then? By being the most natural, unobtrusive, interesting advertising platform around.

There’s so much to learn about how Twitter does it’s job, that many if not most major brand-name companies that employ a Twitter account also employ an intern or social media expert to run the account for them.

This occasionally leaves room for the odd Twitter snafu, especially when the employee in charge of the account misunderstands the true meaning of a specific hashtagged trend or posts something patently offensive to some variety of special interest group. Twitter disasters are not uncommon, and usually end up getting well-documented, since the account makes up such an influential part of a company’s public image.

This point is essential when we consider the impact of a social media presence on a company. That makes the company potentially a constant part of the lives of many people who spend their time connected through computer or telephone.

For example, a man posting pictures of his new confederate flag in the back window of his Jeep will likely not be winning the affections of many members of the opposite sex, a woman griping about her current employers on social media will probably not be getting hired by the companies she’s applying at, and a university that can see that you like to do little else but drink cheap beer out of red plastic cups is likely to send you elsewhere.

It’s the same with a company social media page. If you post something offensive to a certain race, you company will look ignorant or hateful, regardless of how ethical your business practices are. If you post something with a meaning you don’t understand, your whole company can look foolish and out-of-touch. That’s why people pay so much attention; your company Twitter matters.

All these reasons account for the trend of hiring a specific employee or intern to manage a Twitter account (or all the company social media in general). This frees up time for the Twitter host to plan ahead regarding upcoming trends, examining current online social movements in attempts to get attention for the brand without paying extra for the promoted tweets they would otherwise need.

Now, companies use native advertising to its utmost extent with Twitter, with commonly good results in most cases, but Twitter also has another main source of income when dealing with media companies. That source is actually a commodity: Twitter can provide a great deal of information.

With millions of tweets going out not only every day, but usually every hour, Twitter has no shortage of publicly-available information it can gather up, organize, and market to the marketers. This feature of Twitter is often called “the Firehose,” because of the immense volume of information streaming out of Twitter’s mini-blog posts at any given time of day.

The volume of information is so intense, in fact, that while regular consumers may have access to it, they are unlikely to be able to get anything useful from it. It requires a very advanced method of analysis in order to come up with relevant, useful information from the data that flows from Twitter’s energetic firehoses.

Most often, companies gather this data, sift it for relevant pieces, compose it into a case brief, and present it to the group, account, or company the information pertains to. They can charge a decent sum for the service of decoding the fire hose’s rushing info stream.

This information can simply tell a company how its social presence is faring, but it can also be used to gauge popularity of some products over others, or even the popularity of specific products in specific regions where they may be favored.

One example of this is the ability of Twitter to track when the general public will be most interested in buying specific products, such as yard tools on spring holiday weekends, or hamburger meat or beef as the 4th of July approaches. This allows companies to anticipate demand and provide sufficient supply, all through watching their Twitter usage carefully.

When you do the math, it’s obvious that Twitter has perhaps the best ad-revenue platforms in the web industry. Trends, accounts, tweets, and more can all be part of Twitter’s income, and they’re not stopping there.

Twitter, like its big-tech cousins, is always innovating and looking for new, smoother, more efficient ways of doing what it already does. Occasionally, it even add in something new and useful, especially for advertisers. New ways to advertise are always welcome at Twitter.

That being said, part of Twitter’s ability to generate revenue relies heavily on the skill and timing of its users. Companies have to make sure they time their tweets carefully around specific points of major events, such as popular television series episodes or a major athletic event like the Super Bowl. Twitter also allows for companies to get a cheap advertisement out in the moment it’s relevant, before it gets stale.

Twitter has also been trying to innovate to make their services more accessible to smaller companies, with some success. Promoting Twitter content, however, does still cost more than some entrepreneurs can handle. That means that Twitter will likely need to provide some kind of service for small businesses to promote locally, and they’ll need it soon.

Hopefully, the question is answered. How does Twitter make money? Through innovating a powerful platform for providing ads people will not only put up with, but will actually look for and try to see and share.