When we think about places to borrow money, a brick-and-mortar bank with a cheap brown woodgrain particle board desk and an excessively calm, professionally dressed individual is probably the first image that comes to mind. The reasons for this are obvious: for life’s biggest purchases, bank loans, commonly installment loans, are usually the most common kind of borrowing we do, for houses, cars, business startups and more.

But what do we do when we just need a place to borrow money for whatever? There are a huge number of reasons people can have for borrowing money, and not all of them lend themselves well to the time and commitment a bank’s installment loans require. If you need money quickly, for example, a different type of emergency loan might be more appropriate, or if you’re trying to avoid a loan altogether, perhaps there are other lending sources, like family or close friends, that you can borrow from until the financial need has passed.

Today we’re talking about the sources that nobody talks about. We’re looking at the underrated sources that can get you by when the bank just isn’t a suitable option. The sources I want to tell you about are meant to be placed in order of risk: the sooner I talk about them, the less risky they should be for you, in terms of interest rates and unexpected fee increases. With that in mind, let’s get started.

Bite the Bullet, Borrow from Family

If the idea of asking Mom to spot you some cash when you can’t quite make it through the month, it may be wise to start getting over yourself, at least if your parents are able to spare you the money you need. If your parents are younger than seventy, the world is rougher economically than it was when they entered the workplace, and if your relationship with them is healthy enough, it’s probably OK to rely on them for financial help from time to time. Family is a good place to borrow money because if nothing else, it’s safe and interest-free.

Your parents aren’t the only kin that you can borrow from in an economic rough patch. Though they’re likely to be a little more reluctant, close siblings or family friends can also be a potential safety net. Approach each borrowing situation with care, since every relationship is different. If you’re irresponsible with your family’s money, it doesn’t really matter how good your relationship was before; it will put it under significant strain.

In the case of borrowing from family (or those who could be called family), the moral of the story is to either be sure you can pay them back quickly before the strain can affect your relationship, or be certain that they are willing to face the idea of possibly not being paid back. If you’ve been to college in the past few years, and your parents aren’t living paycheck to paycheck, you’re probably familiar with receiving money from them that you knew you couldn’t repay.

While that may work for some families, it’s obviously either not comfortable or not economically feasible for others. While it’s true that your family isn’t likely to issue you anything particularly legal when lending you money, the fact that they’re family is likely to be motivation enough to pay them back, and when borrowing from a friend, their financial situation is something you’ll need to keep in mind as well.

Borrowing from family or friends has a lot to do with your personal network. Networking can actually be one of your best places to borrow money if you make sure to have at least a few sincere friends in it. Even a good, stable employer can be a resource if your relationship with them is of the right kind. Networking can also include another resource that we’ll look at next.

Fundraising, like family borrowing, relies on both trust and networking. Fundraising isn’t borrowing so much as it’s donating, but since it’s an alternate, rare form of special income, we’re going to look at it just the same.

Fundraising is usually not for everyday loans, but it’s an incredibly helpful place to borrow money for special causes. From adoption to a new business, fundraising is expedited by a variety of sources. While some sites are dedicated to fundraising for specific causes, such as adoption or home ownership, others are for anything. Kickstarter is an example of fundraising through “crowdsourcing,” or using numerous small donations to pay for a big project piece by piece. 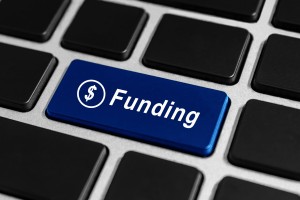 Kickstarter is a great example of this because while it’s not usually for private expenses, it’s a great place to borrow money from potential investors to get a personal project going. Everything from video game development to new solar energy products to designing the perfect potato salad have all been funded through Kickstarter.

Fundraising has potential to be a powerful place to borrow money if you’re in a strong networking position. If you have numerous connections on social media, at work, at home, or in any social group or club you’re a part of, you can direct people either to the fundraising site or the special event you’re hosting to raise funds.

Fundraising is usually accomplished through some kind of special event. Garage sales, special dinners, charity concerts, and potentially limitless options are all available for this easily-overlooked way to borrow or receive money.

This one is a little less easy to come by, but it’s still a very low-risk solution if you’re looking for a longer-term loan. You can actually take the money you’ve put into a 401k plan out as a loan before you ever retire. There’s usually a limit of $50,000 on a 401k, and it’s likely to be a little less, since the quantity is either the $50,000 or half the current balance of your 401k, according to CNBC.

Timeframe on a 401k plan loan is usually about five years, according to CNBC. Another important note is that you should only take out this kind of loan if you’re certain of retaining your job. The reason job security is so important to this is that if you lose the job your 401k is attached to, you could be required to pay it back immediately, and you’ll definitely have to pay within about 90 days, depending on your company’s policies.

The real problem with borrowing from your 401k is that you will actually need that money in the future. It might solve a short-term need, but it will keep you from being able to add money to your 401k while you’re busy paying off the loan, and it’s sure to take a while, especially if your 401k is on the larger side.

That option is not a bad one, but there are others. We’re getting farther down the list, though, and the farther we go from family options, the riskier things get.

Peer-to-peer loans are one place to borrow money that’s relatively reliable, but this is where interest starts to play a key role. There are several sites, like Prosper.com for example, that offer services wherein investors and lenders can find potential borrowers that they can invest in. Investors are rewarded with a return on their investment in the form of interst 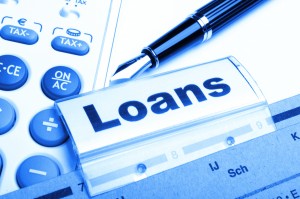 That interest, however, can be fairly high if your credit score isn’t good, in order to make the loan more appealing to investors. Just the same, this place to borrow money is relatively stable, despite the fact that you’re working with regular people rather than specific companies or banks that offer the usual deals.

One useful point in peer-to-peer loans’ favor is that flexibility and customizability of it. The borrowers just pick a quantity and purpose for the loan and post it in a publicly visible location on the peer-to-peer hosting site. Those who wish to invest can contribute however much they want toward the loan’s total, with as many lenders involved as necessary until the loan is filled.

You might need money particularly fast, and if so, you’re likely to take a hit with higher interest rates and shorter time limits for paying off the loan you receive. With that in mind, let’s see a couple more places to borrow money: title and payday loans.

Title loans use the title of your car as collateral and essentially let you borrow money against your car, kind of like taking a mortgage out on a house. Be warned, though: while you’ll get the money you ask for within a very short time and it can be used for basically anything, your interest rates are likely to be very high.

With regards to possession of the car, title loans don’t necessarily mean you lose possession of your car. Check with each company first, but you’ll probably keep your car during the whole process, as long as you pay off the loan on time. In that way, they put possession of your car at risk, but often offer longer-term payment plans compared to other emergency loans.

Other emergency loans can include payday loans and loans from a pawn shop. Payday loans are sometimes referred to as “predator loans,” due to their often-astronomical interest rates. They have a tendency to be used by people with no other options, and should probably be avoided. That being said, if you’re at the end of your list of options, and you need a way to make a payment or get food, payday loans can still be a dependable place to borrow money.

They usually require payment within thirty days of receiving the loan. Charges will initially be low, so do all you can to pay off the loan immediately, because interest rates can often soar into the incredible range of 700% or more.

With any kind of emergency loan, you should be particularly careful as to who you deal with. Try to stick with companies that have a trusted reputation or that are transparent with their key loan information. Also, get advice from friends, family members, and financial experts in your community before you agree to anything or sign any contracts. While many emergency loan companies are trustworthy, some aren’t, and you shouldn’t go in unaware of the potential snares they might set. Ask first, and avoid regretting later.

Wherever You Go, Verify First

There are many more place to borrow money wherever you’ll go. You’ll find a variety of them are viable, but whatever method you use to get the money you need, if there’s no way to verify the safety or honesty of the source of income, don’t take it. The legal or fiscal battles you could run in to are simply not worth the risk if you can’t verify whether or not your source is going to behave as predicted.

NAPFA, the National Association of Personal Financial Advisors, is one large resource available to help you get financial help for a fee. After evaluating the scope of your financial plans, you might find it prudent to pay a financial expert to reevaluate your plans for you, regardless of how secure you think they might be. A second pair of experienced eyes can help you figure out what sources of loans will be the most reliable and the safest.
These are just a few of the varied places to borrow money that are available to you. It’s probably ironic that while family is likely the most trustworthy and safe place to borrow money, it’s also one of the ones we’re least comfortable with. Whatever your lifestyle, you can find a source that works for you. Whatever you do, be safe, spend wisely, and be responsible with your borrowing. With those attributes in mind, it’s hard to go wrong in much of anything, especially finding a good place to borrow.