Tamara took out a title loan in Chicago and allowed us to share her loan story with you. 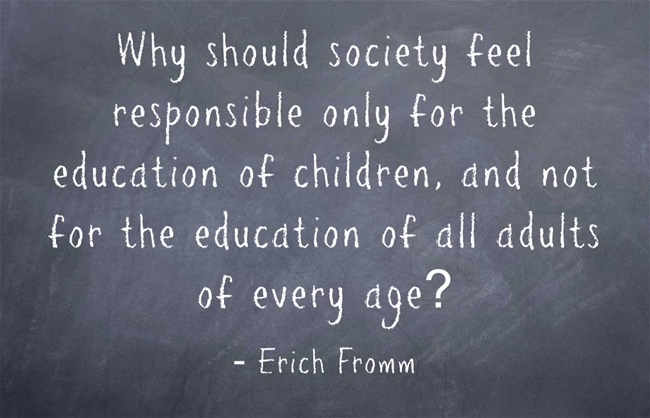 Going back to school is one of the hardest decisions a person can make in her life. It feels like such a gamble, yet when we are in our teens and early twenties we make decisions in college that don’t translate into careers. After we’ve been in the workforce for a few years, we know better. We know what skills we actually need. We can see what companies value and train ourselves to meet those needs.

This is exactly what Tamara did when she found herself stuck in a job. She didn’t hate her job. In fact she loved the company she worked for, but after one review where her supervisor basically indicated there wasn’t a position in the company Tamara was qualified to be promoted towards, Tamara realized she was going to be stuck as a sales assistant for the rest of her time at the company she loved.

If you aren’t moving upwards, you are falling behind.

Tamara no longer considered herself young. She had responsibilities like a mortgage and children to care for. Her husband’s job was stable but for their household budget to work both of them needed to have well-paying jobs. With two years of no raises and no promotions, Tamara was becoming disgruntled.

After several weeks of wrestling with her feelings, Tamara finally decided to take some classes in business administration. She wasn’t ready to commit to a degree program but she thought if she could at least show she was developing new skills, she could at least make a case for a better raise.

The one problem Tamara and her husband had with this decision was the lack of money to pay for her classes. Since she wasn’t in a degree program, she wasn’t eligible for financial aid. The extra hundreds of dollars a month for the classes just wasn’t in their budget.

No matter how they worked their budget, the money just wasn’t there for her to take her Intro to Management and other courses at $300 plus a class. Tamara and her husband determined how much they reasonably could take from savings. Neither wanted to use credit cards as both of them had fought off revolving debt issues a few years earlier which also left both of their credit scores a bit battered. A traditional personal loan wasn’t going to work.

They listed their options and researched each one thoroughly. Together they determined a car title loan offered them the money they needed as well as the flexibility in repayment other short term loans didn’t have.

The benefits of the title loan seemed fairly clear to them.

The loan they structured with 1800loanstore’s assistance gave them the breathing room they needed and helped Tamara make a transition to improve her career options.

As with all financial decisions, each person’s situation is different and what works for one person doesn’t necessarily work for another. It is important to know what the options are. Tamara and her husband didn’t jump into getting a title loan. While they had a pressing need and a title loan is mostly known as a quick cash loan, they didn’t leap before looking. Tamara said they were extra cautious because of their past problems with credit card debt. They didn’t want to fall into another debt hole and they read all the negative aspects of title loans before contacting 1800loanstore.

“We were pretty skeptical,” Tamara said. “There are so many warnings about title loans.”

Yet, after doing research and realizing title loans aren’t a loan for long term borrowing. “It isn’t like a mortgage,” Tamara said. Both Tamara and her husband indicated they understood how the interest on a title loan was calculated and saw the cost of the loan as acceptable in relation to their other options. “We were  backed into a corner with few options. We do own a car, though.”

Tamara said she would consider using a title loan again in the future if the need arose. “We have one more month on the current loan and I’ve paid for the classes I want to take. Most likely I will get in a degree program and get regular financial aid next year so we won’t have the same need, but if we come up short, it is nice to know we have an asset we can rely on to borrow money with.”

Do you have a story about how you used your title loan money? Share Your Loan Story With Us!

Christina’s Title Loan Got Her Into Hot Water