Where Can I Borrow Money Fast – Six Things Everyone Should Know 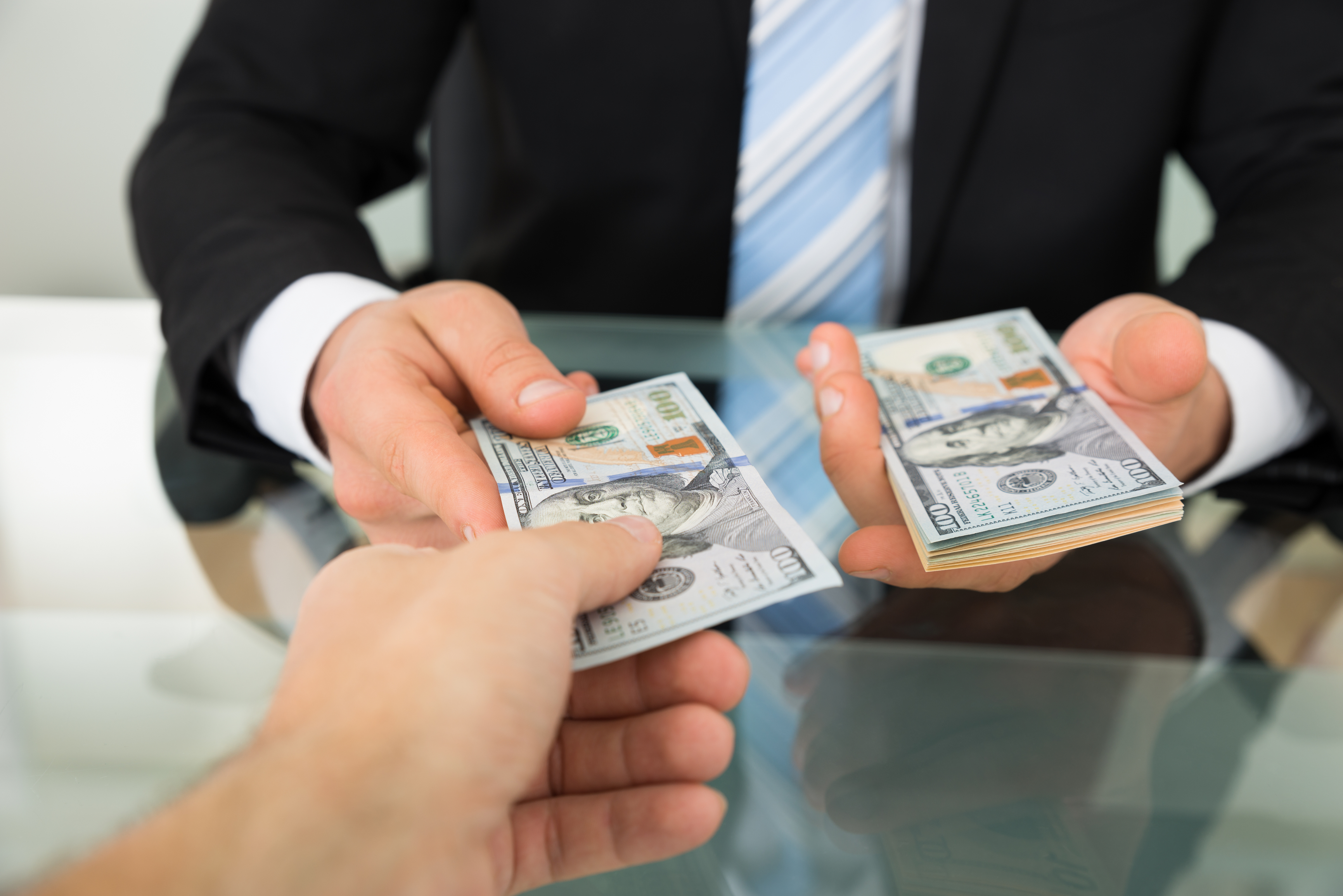 Sure, they say it happens to everyone at some point in their life, but why does it always feel like it happens to me all the time?  I claim to be a responsible adult.  My driver’s license says I’m old enough to manage myself (just barely) and I even have a child that calls me mother and thinks I know it all (he’s pretty much right about that).

I’m talking about figuring out when I can borrow money fast.

If it’s not one thing, it’s another.  I work hard at keeping my family’s expenses budgeted, but it’s those little unforeseen expenses that always trip me up.

I’ll enter into the month with high hopes of financial perfection, but it seems like all it takes is for my husband to suddenly decide he needs a wheelbarrow for the garden and I’m already down $100 and scrambling to catch up.

Does anyone know what I’m talking about?  It’s not just me right?

Before you start thinking about renting your spare room out to a boarder, take a look at some of your lending options.

Borrow Money Fast at the Bank (?)

You knew this one would be on the list, right?  After all, it is the number one place most people think of when needing to get a loan.  Luckily, as we’ll see further down the list, it’s not the only place.

Banks are loan sources to be sure, but would you call them fast?  I guess it depends on your situation, but I’m going to say no.

If you have excellent credit and something of value to set as collateral against your loan (like a house) then it’s more likely they will be able to get you your money quickly.  And by quickly I mean a week or so, not a day or two.

I’d say most of us aren’t really in a position to wait that long though.

Getting a loan at a bank definitely has some pros, such as:

And, of course, the cons:

So while it looks like the bank is a great choice if you need to borrow lots and lots of money, it also kind of looks pretty stressful, not to mention a bit of a time waster—especially if time is a pressing issue.

Imagine if you needed the cash for an emergency or something and they were saying, “Oh, well get back to you next week.”  Well, we both know that just isn’t going to fly.

Let’s look at another option that doesn’t make you wait so long.

Can I Borrow Money Fast at a Loan Store?

Maybe you’ve seen these spots in your area and never really understood how they worked.

Basically, these shops are able to loan you money for a short burst of time. They’re good for smaller loan amounts (they usually loan up to $500 or even a $1000 depending on the store you go with), or if you’re not interested in needing to have years to pay back a loan, but would rather take care of it in a manner of weeks (the idea is by your next paycheck, hence the name).

There are a few major red-flags though.

First of all, they really slap some fees on you.  It’s possible you could be charged an application processing fee or early repayment fees if you want to pay your loan off early.  Each lender varies in what they may charge, so if you do decide to go this route, make sure you have a clear understanding of what they want.

Secondly, their interest rates aren’t usually the best around.  Okay, that’s putting it nicely.  They are outrageously, astoundingly high.

According to one lender’s website, a $500 loan will cost you about $55 in finance charges.  You’ll have two weeks to pay your loan back and the APR is…get this…more than 286%.

That’s not a typo.

Before we get all upset about it, let’s keep it in perspective.  The hope is that you pay this loan back in two weeks, which means that 390% APR loan would cost you about $15.  Sure, if you didn’t pay it off for a year, you’re going to get reamed.

Bottom line: if you get this loan, pay it off ASAP.

I’m still trying to pick my jaw up off the floor after seeing those rates.  Still, if you’re in a tight spot, you can get cash fast and if you only need to borrow a small amount, it might be an option.

But seriously.  Pay it back.  Soon.  Don’t become a victim.

In the past decade, a new option has gained some pretty impressive traction–private lenders.  Perhaps you’ve heard of Lending Club or Prosper.com, but if you haven’t, these lenders can loan you up to $35,000 or as little as $2,000.

They offer all sorts of loan types, including:

This isn’t a bank or other financial institution (though they may work in conjunction with one).  This is a way to cut out the middleman and connect people who want to borrow money with people who have money to lend (and want to make some money doing it).  This peer-to-peer lending strategy has allowed hundreds of thousands of people to get loans quickly and safely, without having to go through the hassle of going down to a bank and jumping through their flaming hoops.

That being said, there are some things you should know about in advance.  Prosper.com, for example, not only looks at your credit score (which is not unusual when getting a loan), but also assigns you their own score.  While the details of what makes up their score aren’t made public, it appears that one factor is if you’re a first time borrower with them.  If you are, you can expect to pay higher rates.

In fact, their entire scoring system seems either way too overcomplicated, or fantastic, depending on where you fall in it.  The nice thing is they are very upfront with their rates and what your loan will cost you.

The interest rates fall between 6.68% for the cream of the crop borrowers, and go all the way up to 35% and everywhere in between.    Pretty great for some people; a tragedy for others.  I guess it’s up to you how much you’re comfortable paying in order to borrow money.  Or how pressing your circumstances are.

Additionally, they charge a loan origination fee that can be anywhere from 1% to 5% of your original amount borrowed.  See how things are starting to add up?

Still, it’s a pretty cool option, especially if you like the idea of paying an individual for your loan, rather than a bank or other big financial institution.  It’s kind of like “fight the power” and all that.

If this whole peer-to-peer lending thing isn’t really calling out to you, maybe our next option will.

Credit cards often get vilified.  Like they make you overspend or not pay your bills on time.  Sure, they give you the access, but do you really need to use them?  Well, apparently so, considering that the average American consumer has almost $16,000 in credit card debt.

Stupid credit cards and all the cool things I can buy with them.

Well, this article isn’t about if credit cards are bad or good or if they just make good people do bad things (like that time I really needed that purse.  I did.)  This is about using credit cards as an option for borrowing money.

If you’re in a position where you’ve already been able to establish credit and have had a credit card open for some time, you may be in luck.  Sometimes credit card companies send out special offers in the form of checks.  These checks allow you to use them for purchases (up to your credit limit) or even write a check to yourself and deposit it into your checking account.

There is usually a fee involved, which is typically 3% of the amount you’re borrowing.  If you’re borrowing say, $4000, that fee would run you $120, which is something to take into account when deciding how much money to borrow, as the last thing you want to do is overextend your credit limit and get slammed with any additional fees.

Personally, I think it’s a great option, especially if you’re able to work the system a bit and pay it all back before the interest kicks in again.

This one is going to depend on you, your family, and money.

Some people have options when it comes to going to family, or even friends, to borrow money.  It doesn’t cause issues, it’s not a big deal, and everyone’s happy.

For most people, however, borrowing money from parents or other family members can be a sticky situation.

Years ago, I lent a close friend several hundred dollars to cover her rent.  A year passed and I watched as she went out to fancy dinners with other friends (I wasn’t invited) or took trips.  My bitterness grew as I started to have the mindset that she needed to pay me off before embarking on a lifestyle of what seemed to me was luxury.  And I was right, wasn’t I?

Well, long story short she finally paid me back and we’re still friends to this day.

My point is that when it comes to borrowing money from friends or family, you’d better be willing to pay that money back as soon as you can, otherwise you risk putting a serious strain on the relationship.

Another caution when borrowing money from family is that they’re more than likely going to want to know what the money’s for.  This can either arouse a sympathetic response or make them give you a look that borders on disgusted.

I don’t know about you, but in my experience, family members like to talk, so be prepared for Aunt Rose to know all about why you needed to borrow that money from Grandma.  I don’t have an Aunt Rose, but I do have an Aunt Grace and I’m pretty sure if she reads this, she’s not loaning me money anytime soon.

No matter how you slice it, borrowing money feels great when you can finally do it, but feels awful while you’re wasting away, worrying about what you’re going to do.   So stop worrying!  With these great options listed, there’s sure to be something for you if you’re looking to borrow money fast.[/vc_column_text][/vc_column][/vc_row]