Why LeBron Must Win in Cleveland to Solidify His Legacy

LeBron James is widely considered to be the best basketball player of the generation. But in order to be fully immortalized alongside hallowed names like Magic Johnson, Larry Bird, and Michael Jordan, LeBron must win with Cleveland in order to solidify his legacy as a legendary player.

Will Cleveland taking home a title solidify the legacy of the Cavaliers? No. But if LeBron pulls it off, it could put the official seal of “basketball legend” to his name and he’d achieve that level of athletic immortality.

If LeBron Wants to Surpass Michael Jordan as ‘The Greatest’: He’ll Need This Win 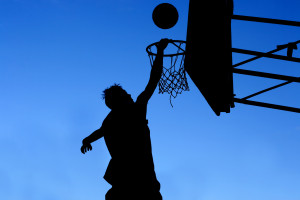 Michael Jordan is the most popular choice for the greatest player of all time, winning all 6 of his NBA finals. While it’s no question that LeBron is a potential as a basketball legend, he needs to win with Cleveland if he wants to cement his status, and possibly even rival Jordan as one of the greatest players of all time.

Their careers are constantly compared, but their paths to hero-status are so different that it’s not really a fair comparison. But if LeBron wins in Cleveland, the argument in his favor will carry far more legitimacy and weight. He’ll be taken seriously as a contender against Michael Jordan, and that’s a big deal.

If this is a loss for the Cavaliers, then LeBron would be 2-4 for NBA Finals. Currently, he just doesn’t have as many wins under his belt as Jordan, who was undefeated- one of the major criticisms of the Michael Jordan/LeBron James comparisons. Jordan won all 6 of his NBA Finals. LeBron needs this win.

The other primary complaint of critics who refuse to acknowledge LeBron as a potential for the greatest player in history? – His move to the Miami Heat, and leaving his Cleveland home after seven years.

LeBron’s Hometown Return from the Miami Heat Will Be Applauded

The perceived betrayal of LeBron leaving behind his home state, his original fans, and the first place that made him the player that he is today angered fans. He left Cleveland after consecutive 60-win seasons, but the move to Miami was a surer win. He had two choices: stay and painstakingly recruit the supporting cast that the Cavalier team simply didn’t have, or go to Miami and rake in some wins with a solidly pre-built team.

He opted for the surefire win. Can anyone really fault him? That was what timing dictated that he do if he wanted to further his reputation as a legend. It was a smart long-term career choice, even if it lost him some fans in the interim. But now, the timing is right for LeBron to bring a title to Cleveland.

“When I left Cleveland, I was on a mission,” LeBron said. “I was seeking championships, and we won two. But Miami already knew that feeling. Our city hasn’t had that feeling in a long, long, long time. My goal is still to win as many titles as possible, no question. But what’s most important for me is bringing one trophy back to Northeast Ohio.”

When he left, people criticized him. When he returned, the same people were reluctant to hold respect for the decision. But if the Cavaliers can take the title, that attitude will change. LeBron’s return to Cleveland will be remembered as a heartfelt decision to give back the glory to his city. Suddenly, LeBron will be Cleveland’s hero the way Jordan was for Chicago, and the story of his leaving and triumphant return will be remembered favorably in the fight for his legacy as one of the greatest players in history.

The Title Will Prove That LeBron Can Make a Team Anywhere

The odds are against the Cavaliers. Both Kevin Love and Kyrie Irving are out with injuries. This isn’t a death sentence for the Cavaliers. But it makes the win undeniably more difficult. Even if the all of the best players in Cleveland were fully healthy, they’re up against a very solid team with the Warriors. The argument that the Warriors are the favorite to win over the Cavaliers is a strong one, even if Love and Irving were able to play at full strength. With the second-best player in the NBA, Stephen Curry, on their side, the Warriors will be out to play (excuse the cinematic reference). Now being down 3-2 against a superior Warriors team, LeBron must rally his team to defy the odds.

The stats say it. Look at where the 2015 Cavaliers are ranked in the scheme of The Best Supporting Casts of the NBA Finals. They have the 3rd worst supporting cast. As famously talented as LeBron is, one man can’t make up for a faltering team. Every player in the Cavaliers will have to be at the top of their game in order to pull off the title- it can’t all come down to LeBron.

But LeBron has the most to lose in these NBA Finals. If he wants to surpass Michael Jordan as the greatest basketball player in history, he’ll need to bring home this title. There’s a lot riding on this game for LeBron’s personal career; far more so than for the Cavaliers as a team (although they could surely do with a win).

If he loses these Finals, LeBron will be remembered for his Championship losing streak, whereas Jordan is remembered for his unparalleled winning streak in all 6 of his NBA Finals. The comparison between the two legends could be shut down forever without this title to tip the scales.

Also worth noting: if LeBron can win with the Cavaliers, it’ll prove to the world that he can build a winning team no matter where he is. It’ll solidify him as a leader, and as a changing force when added to any team.

Love recently praised teammate LeBron’s leadership skills in a recent interview, saying, “Being able to make everybody around him better, it’s a great quality. He doesn’t lack that at all. I think he’s truly done a phenomenal job with guys going down and helping others to play better.”

LeBron Is No Longer Considered Young, but He’s Still at His Peak

With twelve eventful years of experience to his name, LeBron isn’t the young rising star he once was. Now he’s a true veteran of the game. But he said this past week that he believes he’s playing the best game of his twelve-year career right now.

That might be realistically optimistic enough to secure the Cavaliers the title, and to solidify LeBron’s legacy as one of the greatest basketball players of all time, rivaling even Michael Jordan. It’ll also make a great underdog victory story for the Cavaliers and the city of Cleveland.